Much of the suitable ground nesting habitat in McNabney Marsh has been lost in the 138-acre wetland. Because of subsidence (sinking of the marsh plain) and a constriction at the Union Pacific Railroad Bridge on Peyton Slough, McNabney Marsh doesn’t adequately drain when the tide gates are open. With these constraints, tide gate operations create challenges for ground-nesting shorebirds and waterfowl which have depended upon McNabney Marsh for decades. During high water events nests are flooded, and eggs and nestlings are lost.

Because waterfowl usually nest in heavily vegetated areas that are not easily reproduced on floating rafts, MVSD decided to create nesting habitat for shorebirds: American Avocet, Black-necked Stilt, and Killdeer. Between February 2015 and March 2016, MVSD built and installed 16, 4’x10’ nesting rafts in McNabney Marsh. The rafts were joined together into three different sized structures: 4’x10’, 8’x10’ and 8’x20’. The surface of the rafts were covered with sand, gravel, and rock to attract the desired species.

Much of the labor for this project was provided by volunteers from the California Department of Fish and Wildlife Natural Resources Volunteers and the Mount Diablo Audubon Society. Funding for materials and supplies for the rafts were donated by:

Grant funds were provided by:

MVSD staff and consultants have been closely monitoring the nesting rafts since March 2016 and it is clear that the structures are working for both the avocets and the stilts. 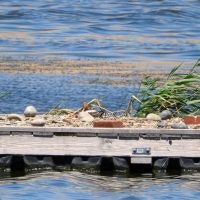 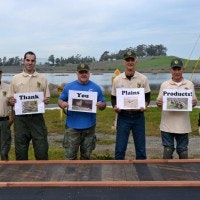 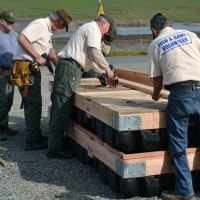 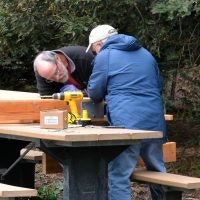 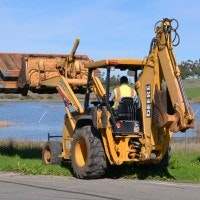 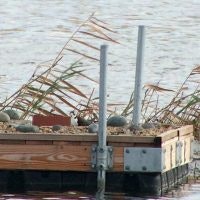 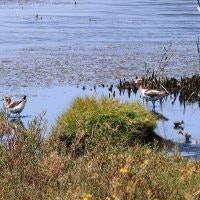 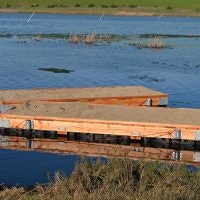 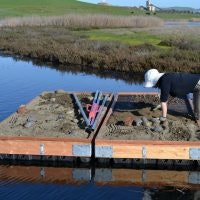 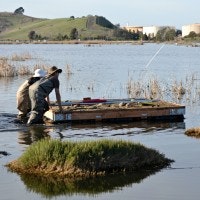 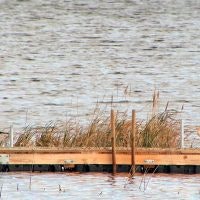